I came across a Wikipedia entry for GenCon that has me listed among the recently attending artists. Cool beans! You can read the whole article here.

Yes, I'm still kicking. The final months of 2007 were a bit of a dog (and the dog did bite). The year as a whole was rather pricey (car problems, new roof, a three legged poodle), but we survived it. And on the art side of things 2007 was wonderful.

My two largest projects of 2007 (which are continuing into 2008) are under wraps until the official announcements from the publishers, hence the lack of recent entries in my online gallery.

With that said, here are three images I should have posted some time back.

The first is a collaboration between Alan Clark and myself. Entitled "Stray Ghosts with Casual Hardware", this was a demonstration piece that Alan and I began at Chattacon 32. It's debut was at WFC2007. Purchasing information is available on Alan's site here. 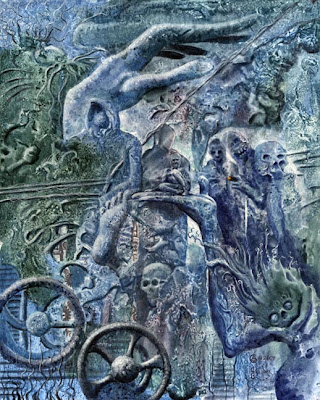 The second one is the cover for "The Strange Case of Rudolph Pearson" by William Jones and published by Chaosium Inc. You can read more about it here. 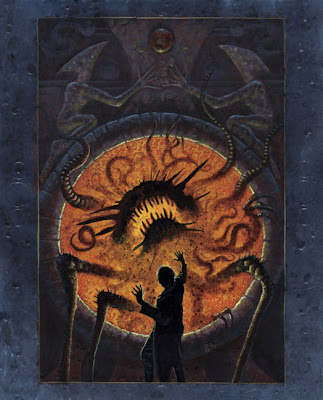 And the final image is a personal project entitled "The Hidden Mechanics of Remorse". This is a 2' wide by 4' tall painting. It had been a long time since I had painted in a large format (beyond scanner size specifically).