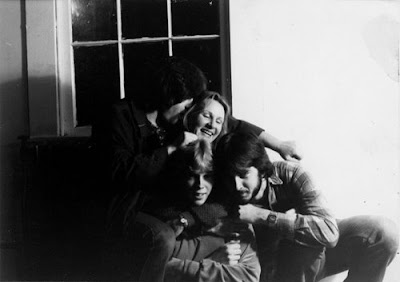 I pulled the plug on my Louisville School of Art site this week. For career needs I had to free up account space in favor of business over nostalgic memories.

I set up the site in spring of 2003, the 20th Anniversary of the LSA's demise. My main goal was that I felt there should be some kind of a web presence for the old school. A secondary hope was that some of my old classmates that I lost touch with might come across it and contact me. Unfortunately this hope did not pan out.

Over the years I've kept contact with a few of my classmates (the few who were willing to stay in contact with me). From time to time we get together and reminisce about the old days over a bottle of micro-brew (and often in front of a bonfire courtesy of Kevin Riggins).

On a warm spring evening our drawing professor lobbed lacrosse balls at a courtyard wall while the school's slightly tipsy maintenance man tried to catch the 60-something -mph projectiles. This went on until the ball missed it's mark (wall or man, take your pick) and hit one of the metal-smithing studio windows, knocking a perfectly round hole into the safety glass. The mystery hole stayed a secret among us until the school shutdown.

During one of the Friday night extracurricular parties, Steve Winfree trapped me in the basement sculpting studio by disabling the elevator. I seem to recall being a little on the obnoxious side that evening, so Steve probably did it for some peace and quiet. Anyway, all the doors to the studio were locked, so I was not going anywhere. As he recounted his prank to a group in the courtyard, the listeners became aware that I was sitting behind him in the shadows raptly listening to his story. That was my 15 minutes of fame as the college's Houdini. How did I get out? I'll never tell.

On a clear late winter's evening one of the musically talented students showed off his skills on a piano that had been left in a huge empty studio room. Attracted by the music, a group of us went in to listen and kill some time before the evening life drawing class. As the setting suns glow illuminated the room and the music echoed through the empty space, we had the feeling of being in the scene of a movie. It was very surreal (and this for a school that was stubbornly abstract).

One afternoon four of us guys picked up a fellow student's Subaru Brat and placed it in such a way so she could not leave until the cars on either side her vehicle had moved. She was quite displeased.

My Design II class had a party in honor of the final project , a group constructed Earth sculpture that was a brick paved ramp that went at least six feet deep into the ground. This was midday in the front yard of the school. There we all were, drinking cheap beer and sitting in and around the sculpture. It sat as a weed filled pit for years after the school shut down. The bricks are probably still there beneath the dirt. This week itself is the actual anniversary of the event.

Maggie Meloy's manic teaching of Art History (her classes would have been great on DVD). It was entertainment for the sophomores and upperclassmen to peek in on the first day of class and see the startled look on the freshman's faces as Maggie shrieked and gyrated while extolling the marvel of some piece of Neolithic art.

Wendy, a black lab, showed up one morning at the front door. She hung out with me the whole day. Dunkin Donuts supplied by Cindy Jaeger helped forge this friendship (sorry about feeding the dog your blueberry donuts Prof. Keator). Thankfully the classes I had that day were taught by very lenient professors, so she received some free education sitting at my side (she actually fell asleep and snored during Color Theory). Prof. Nadine Wegner later helped track down the owner through Wendy's rabies tag number.

Exploring the schools basement / crawl-space that ran the length of the building was fun. The place was like a poor-man's catacombs. One half expected the Phantom of the Opera to pop out from behind one of the columns.

Being able to pursue underage drinking at the art show openings with the help of the newfangled box-o-wine was quite uplifting.

And of course the well rounded education the LSA provided was second to... well second and third to a lot of other secondary schools. But who attends college for that?

Thanks to Kevin Riggins, Steve Winfree, and Antonio Profumo for their help and interest with the LSA site. Antonio provided the majority of photos. I would also like to give special thanks to LSA alumni Richard Drake for contacting me after seeing the site and providing me with some history about the school's Anchorage, Ky. years.
Posted by Steven Gilberts at 4/24/2008 05:53:00 PM 2 comments:

I recently had the honor of illustrating the cover for Richard Park's upcoming novel "The Long Look". It will be published by Five Star.

The image concept is Richard's and depicts the novels central character Tymon in the process of animating a golem.

You can read more information about the novel at Richard's blog. 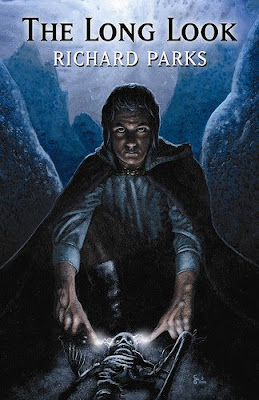